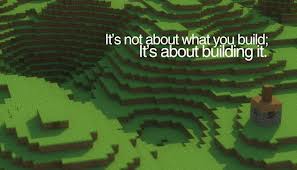 It should surprise no one that the Coalition government is getting right down to business in facilitating new business activity and development because unlike Labor and the loopy Greens they are not beholden to rent seeking fringe groups.

Environment Minister Greg Hunt has taken decisions on 125 projects in the Coalition’s first three months in office, including approving 29 major projects, which the government estimates are worth $400bn. The decisions – the latest of which was Clive Palmer’s giant Waratah Coal/China First coalmine and railway line to the Abbot Point coal port – could spark a new wave of development.

Mr Hunt also has approved the $1.4bn Abbot Point coal terminal expansion, which paves the way for the creation of the world’s biggest coal export port.

But the approvals – particularly coalmine approvals in the Galilee Basin and the expansion of the Abbot Point coal port – have sparked allegations of “development at any cost” from the Greens and environment groups.

Queensland Greens senator Larissa Waters has described the approval as a “terrible Christmas present for the planet” and has raised concerns about its impact on underground water aquifers as well as its impact on combating climate change.

The Abbot Point expansion has been attacked as “criminal” by environmental groups that are calling for the Great Barrier Reef Marine Park Authority to use its powers to protect the World Heritage-listed Great Barrier Reef.

He also has fast-tracked another 46 projects to avoid delays, after inheriting 371 unassessed projects from the previous Labor government, with 22 dating back to 2008. “We have made real steps in unblocking the pipeline while also putting in place some of the strictest environmental conditions in Australian history,” Mr Hunt told The Australian.

“It’s possible to have high environmental standards and genuine decision-making. The previous government was unable to say yes and unable to say no.”

Any short-term boost to mining investment would provide a much-needed buffer to the economy and give more time to the non-mining sectors on the east coast to fill the growth gap.

While I personally have some concerns about the dumping of dredge spoil from Abbott point with in the Great barrier reef zone I likewise find it ludicrous that the Green religion is being invoked as the major objection to opening up new coal mines. Isn’t it ironic that the party that would throw open our borders to all and sundry, especially when they sling us the “I’m oppressed ”  line,  object to any increase in our economic activity to generate the wealth that the endless stream of mendicants seek a part of? When will they realise that you can’t have more people in this country if we lack the economy to  support them? Greg Hunt is right to suggest that the most important quality that and efficient government must have is decisiveness for its far better to have a prompt decion, be it good bad or indifferent, than to have the lily-livered procrastination that was so evident under Rudd/Gillard/Rudd.