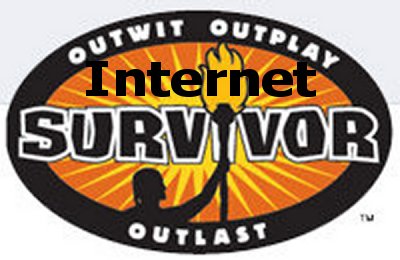 If you are reading this it means that the hit counter for the Sandpit has ticked over the one million hits milestone  which is worthy of note in anyone’s  language, more so in the case of this blog because for most of its existence there has been a sustained campaign to harass and denigrate yours truly and the other authors who post here.

I started blogging on a whim mainly because I needed to register with Blogger to comment on an Anti Andrew Bolt  blog, I have  changed the name and the platform on which this blog is published several times until I settled upon the current title and I am  very happy to n0w share this blog with three other regular contributors who ad greatly to the diversity of  the posts published here. The heart of blogging is not so much the posts themselves but rather it is the comment threads that those posts inspire and over the years we have had some very lively discussion threads that have given their participants lots of fun.

You see fun is what this blog is all about. Even when we have covered the most serious issues I like to think that we can do so with enough levity to keep it friendly.

So in the style of an awards night I have to offer a very sincere thank you, firstly to my fellow authors Ray Dixon (and his alter ego SockPuppet),  GD and to  Leon Bertrand, further I want to thank our readers for coming back on a regular basis to enjoy the musings on this page especially those of you who disagree with what I and the other authors write because without that disagreement we would not have the lively arguments in the comment threads. I also want to thank my wife and family for putting up with this sometimes grumpy blogger on a daily basis and last but not least I want to thank our family dog Bonnie for reminding me on a regular basis that I am only human and that nothing is more important than “walkies “

Cheers to all of our Comrades

Does this  look like a fun Game or what?

Of course the look is one thing but it will be the quality of the game play that will matter so lets hope that its up to expectations that said  I love the idea of Co-op play in this game now the question is who to play as, Kirk or Spock? 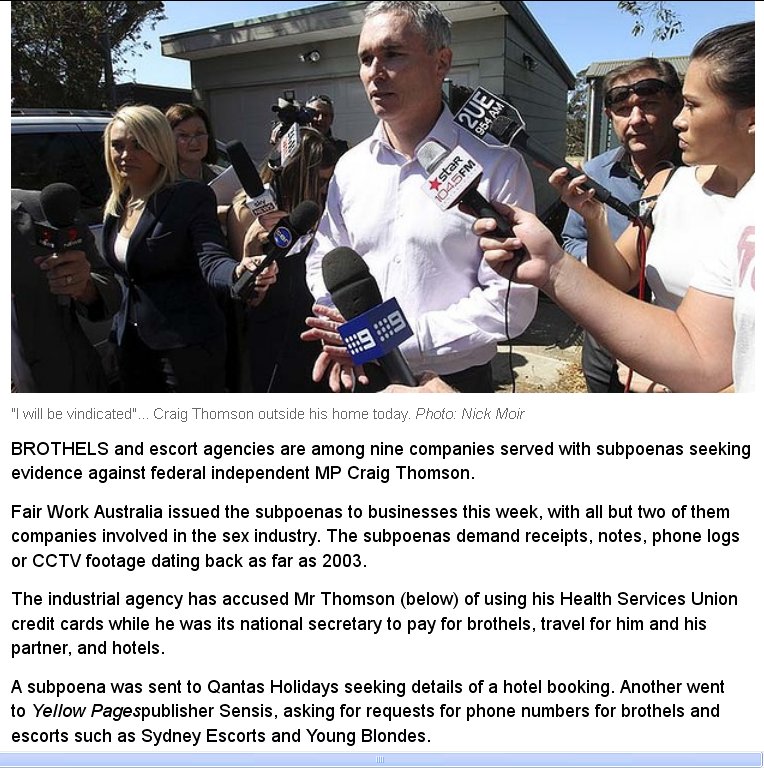 The deliberate ineptitude of the Labor government over the Craig Thomson affair is as amazing as it is unsurprising and I am rather darkly amused that it is only now that someone has decided to try to find evidence that it was actually Thomson’s knob that got polished in those brothel transactions that were made on his union credit card. Talking about an obvious path to the truth that has been deliberately avoided for political reasons would not be unfair  in this case.

The roller-coaster ride is far from over for Labor on this issue and aren’t we conservatives enjoying seeing them scream as the  car dives over yet another  precipice?

The other day My daughter told us that she has never seen a “Bond” film and I immediately felt that I have been negligent in her education if she has not seen any of the archetypical secret agent films based upon the novels of Ian Fleming. This is something that I must try to address over the Christmas holidays. This little anecdote leads me to Janet Albrechtsen’s critique of the dour feminists who whine about the nature of James Bond.

In fact, I have a sneaking suspicion that those grouchy women who deride Bond would secretly love to be a sultry Bond girl for just a while at least. Before settling down to a life of academic introspection, who wouldn’t like to strap a Beretta 70 to the inside of their thigh, dress up in hopelessly tight-fitting gowns and, yes, have a naked Bond slip unannounced into their steamy shower? Come on, girls. ‘Fess up. Your fantasies can’t all be about being the first female chief justice of the High Court or the first female driver of a large piece of mining machinery in the Pilbara.

In any case, don’t underrate the Bond girls. Full of humour, they radiate a delightfully modern mix of confidence, arrogance and sexual liberation. Who can forget Pussy Galore, the lesbian pilot, or Plenty O’Toole and Holly Goodhead? Pick any Bond girl and I’ll find something more legitimately feminist about her than the Moaning Myrtles who cry sexism each time the latest Bond movie hits our screens. And then there’s that Bond woman M, head of MI6, who routinely puts 007 in his place. As other women my age have remarked, when you grew up in the late 1970s watching repeats of Bewitched and I Dream of Jeannie, the Bond girls were a refreshing break from Samantha and Jeannie.

Instead of whining that the latest Bond movie is sexist, spare a thought for the poor blokes who could air a bigger grievance. They can never hope to be Bond. Not in the 21st century, where revealing even the smallest hint of the alpha male is pounced on by puritanical feminists as a sign of uncontrolled machismo and sexism. Maybe women like me love 007 because he is the antithesis of the metrosexual men who surround us.

In fact, if Bond is sexist and millions of modern, liberated women are still being seduced by the sexy spy, maybe the sisterhood should ask whether it is somehow to blame for making him so damn alluring.

The sad fact is that so many feminist  warriors are far to serious about cultural Icons like James Bond and if they would just lighten up a bit then maybe the few truths that they are enunciating would not be ignored along with the hyperbole that is their stock in trade.

Slippery Pete finally slips off the shovel and the brown stuff sticks to Gillard, of course.

October 10, 2012 5:49 AM / 7 Comments on Slippery Pete finally slips off the shovel and the brown stuff sticks to Gillard, of course.

Well at last after having to support this loathsome man Gillard has a chance to put the Slipper speakership behind her but its odium and the shame of having tried to pull this swifty will remain with her just as the odium of all of her other bad decisions will be reiterated ad infinitum by both the opposition and the voters. Slippery Pete may no longer be speaker but as long as Gillard remains in the lodge there is work to be done, moving vans to be booked and change to be joyfully anticipated. 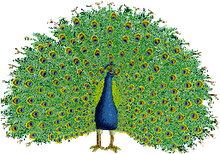