If clothes maketh the man ……

Then Barack ‘Beige’ Obama just lost the war against the Islamic State before it even started. 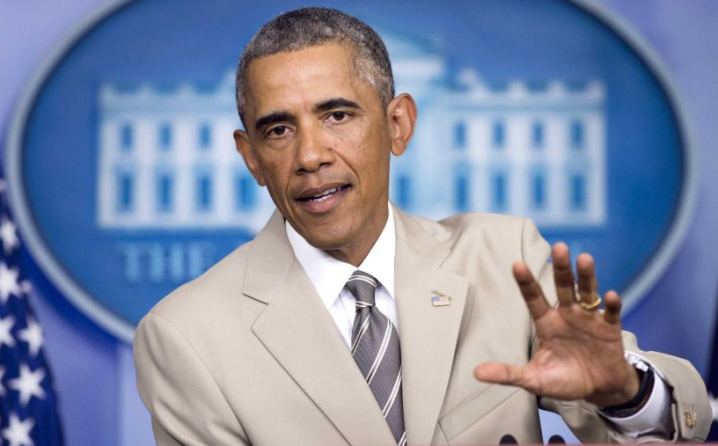 The ABC reports on Obama’s lack of a cunning plan:

US president Barack Obama says he has asked officials to prepare a range of military options for confronting Islamic State (IS) militants in Syria and foreshadowed recruiting international partners for potential military action.

“I don’t want to put the cart before the horse.”

But I think that report could have also read:

US president Barack Obama says he has asked his wife Michelle to prepare a range of suit options before he confronts Islamic State (IS) militants in Syria and has foreshadowed recruiting international clothing designers for potential (and suitable) apparel.

“I don’t want to put the cart before the horse.”

I suggest he tries khaki.