Joe Hockey – the most deceptive, dishonest & arrogant Treasurer in our history 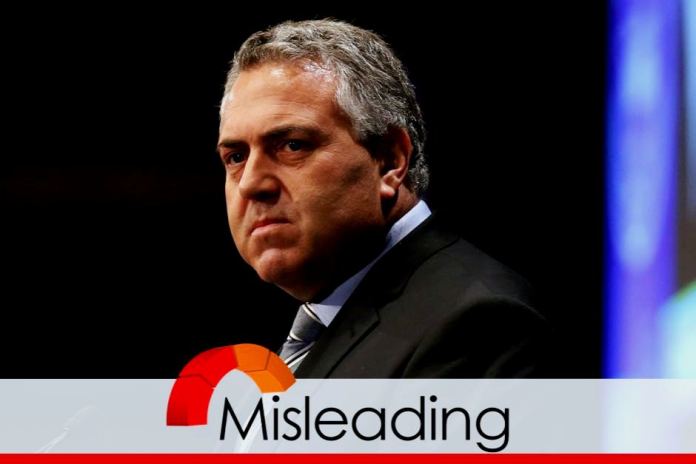 The truth is out there and Joe Hockey knew it all along. He lied about the figures.

Or, at the very least, he misrepresented the truth and did not use the data (the more relevant data) that was at his disposal, which is the same thing as lying – by omission.

Joe Hockey clearly deceived the public with his ludicrous claim that high income earners were the group “most hurt” by fuel excise increases.

Hurt? They’ll hardly even notice it.

In fact most high income earners don’t even care how much they pay for petrol and don’t need to.

Joe Hockey deceived the public. He is a disgrace and should resign.

Here are the real FACTS:

Census data and research from independent experts shows that people on lower incomes have enough cars and drive far enough to feel the impact of raising the fuel tax more than those on higher incomes.

The other key and relevant point that’s been overlooked in all this is that Joe Hockey’s “high income” earners mostly do not even pay for their own petrol.

It’s paid by their employers.

Who then go and claim it as a tax deduction – ie an effective 30% rebate. The employer also claims the 10% GST as a credit. Same goes for many self-employed and business owners.

Whereas lower – middle income earners cannot generally make any such tax claims and just wear the full price. Plus excise. Plus GST.

Joe Hockey is the most deceptive and arrogant Treasurer this country has ever seen. He even surpasses Costello on that score … and that’s quite a feat!

By Ray Dixon in Australian Politics, Cars, Federal politics, Petrol Head Heaven on August 16, 2014.
← “Anyone who buys one will never want a real girlfriend again” Muslim communities must face up to bad apples By Tanveer Ahmed →