Now that the ceasefire Gaza is holding please consider 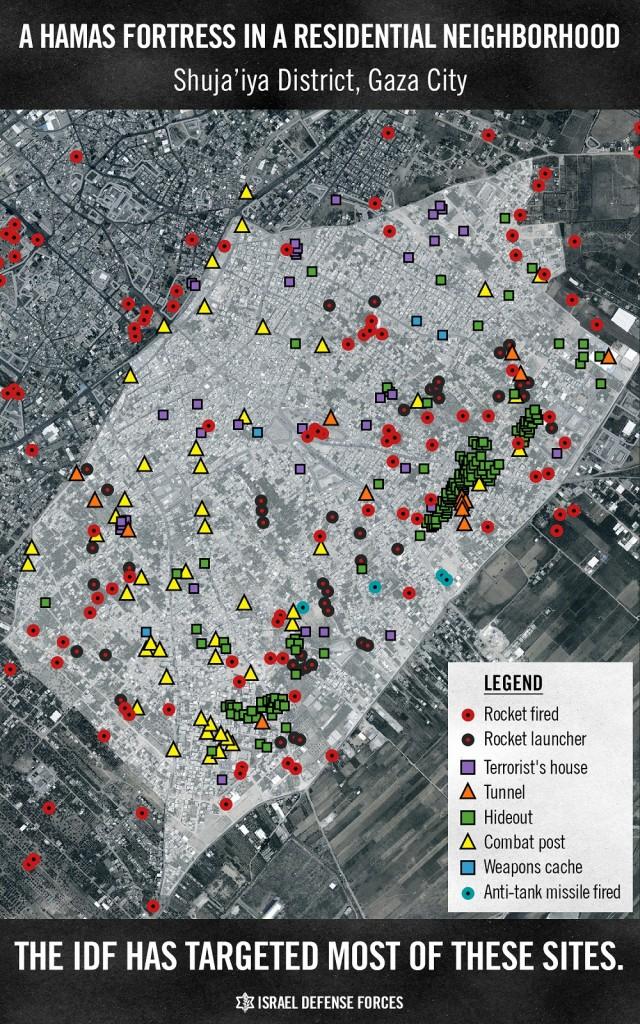 It is also of no small importance that this manual belongs to the Shuja’iya Brigade. The IDF fought a major battle in the neighborhood of Shuja’iya, which had been turned into a terrorist stronghold. The discovery of this manual suggests that the destruction in Shuja’iya was always part of Hamas’ plan.

In a portion entitled “Limiting the Use of Weapons,” the manual explains that:

The soldiers and commanders (of the IDF) must limit their use of weapons and tactics that lead to the harm and unnecessary loss of people and [destruction of] civilian facilities. It is difficult for them to get the most use out of their firearms, especially of supporting fire [e.g. artillery].

Clearly Hamas knows the IDF will limit its use of weapons in order to avoid harming civilians, including refraining from using larger firepower to support for infantry.

The manual goes on to explain that the “presence of civilians are pockets of resistance” that cause three major problems for advancing troops:

Lastly, the manual discusses the benefits for Hamas when civilian homes are destroyed:

The destruction of civilian homes: This increases the hatred of the citizens towards the attackers [the IDF] and increases their gathering [support] around the city defenders (resistance forces[i.e. Hamas]).

It is clear that Hamas actually desires the destruction of homes and civilian infrastructure, knowing it will increase hatred for the IDF and support their fighters.

The truth is often far from pretty Comrades

By Iain Hall in Anti- Semitism, Ethical questions, God bothering, Islam, Islamist Terror threats, Israel, Justice, Leftism, obituary on August 6, 2014.
← I told you there would be nothing but “confusion and delay” Guardians of the Galaxy the Sandpit review →