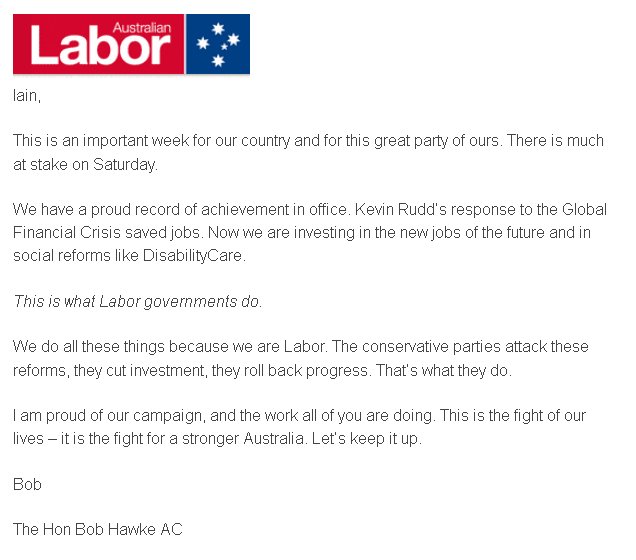 Strewth its getting to be a daily ritual for the ALP to drag out a new dinosaur to try to extort money form the party faithful in support  of the ever more desperate Rudd campaign. Maybe when it comes to the Labor government now would be the time to remind readers of that wonderful Monty Python Sketch about a certain Norwegian Blue…

Maybe Kevin is just pining for the fiords…