The Fate of Traitors

I suspect that after a substantial part of his bid has been served that Bradley Manning may just wish that he had been convicted of the most serious charge so that he could have had the “green dream” or an appointment with a firing squad rather than spending the rest of his life within the walls of a military prison . 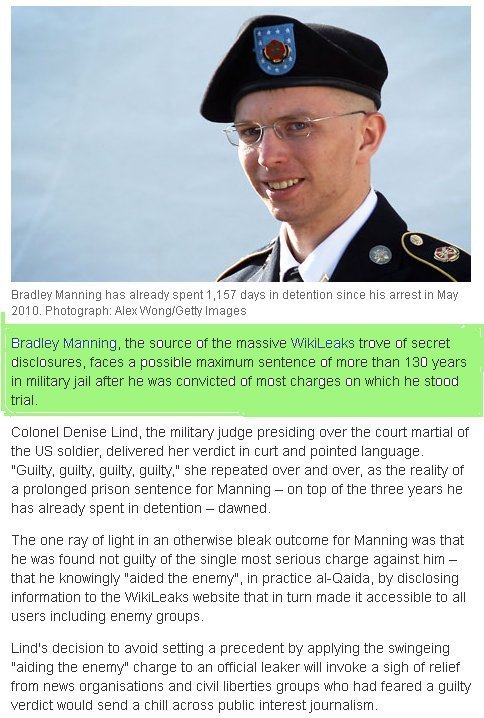 As the US military justice system is not so inclined to make sentences for multiple crimes run concurrently, choosing instead to make them cumulative its very likely that Manning will spend the rest of his life behind bars this is of course going to be a most timely reminder of the fate that awaits all traitors and oath breakers…
Now if only they could send in a Seal teem to liberate Julian  Assange from tat embassy room in London they could have a nice show trial and then…
Cheers Comrades

if you aid the enemy, then you are the enemy