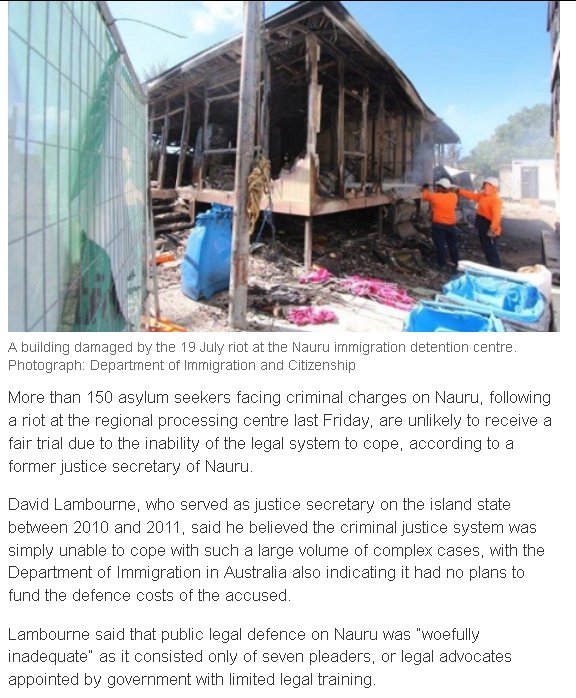 Are these the sort of immigrants that we want?

There is no doubt in my mind, or the mind of other fair minded people who want justice to prevail over the rioters from Nauru that they do not need a legal process with all the bells and whistles for a just outcome to the process. Its not like a street riot where the participants could both arrive and disappear out of the general population the perps in this case were all from a confined population and they were definitively there and I have no doubt that there is video footage of the riots which will show who among the detainees was involved and once their involvement with the riot, in any measure, is established then they are all culpable for the damage that was done.

Our friends from the left are usually very keen to support collectivist ideals when it suits them but when the collective breaks the law they seem rather determined that every miscreant should be tried as an individual and able to tie up huge amounts of the court’s resources in a futile effort to argue “It wern’t me Guv“. Maybe* what we need is a few very public floggings of the ringleaders on Nauru to remind this cohort of mendicants that we don’t want import scum bags into our country, after all we have enough of our own here already chief among them the crew led by our New again Dear Leader…