The illusory promise of bacon

Another day and another Labor promise collapses into the ever widening maw of economic reality: 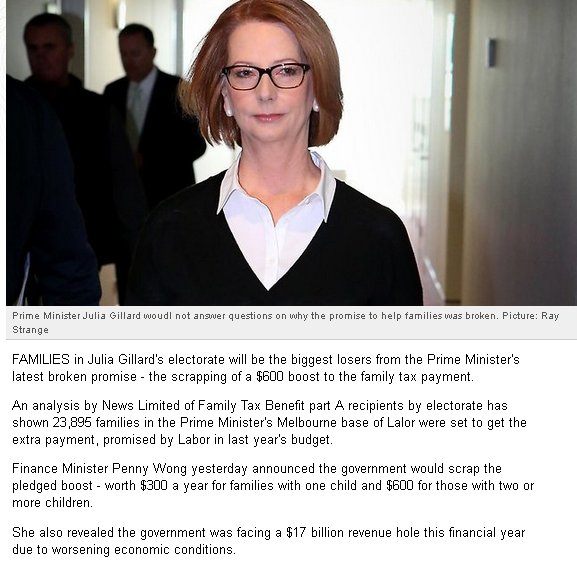 Perhaps we need to add a very simple perception filter for anything that Labor promises when they are standing at the pork barrel, namely unless the bacon is being handed out immediately don’t buy any eggs to go with it because you will never taste its salty goodness if you wait for the promise to be realised…
That said I was expecting something like this and I predict that the “school kids bonus” will be the next to go, in fact as I predicted earlier the next budget will in fact cut many of the expenditure items that are on the coalition hit list quite simply because of the softening up that we have been seeing in the last few weeks of pre budget commitments. To be honest I would not be surprised to see even things like the the Green energy fund cut or severely curtailed along with the compensation paid to benefit recipients.

This is a government that knows it is dead, formed by a party that likewise appreciates its lack of  a viable future, lead by an ego maniac who is a perfect  example of ambition far exceeding ability and the nation will asset itself with her removal in September, but until then we will have to put up with the farcical spectacle of a Zombie government run by the decaying corpse of the once great Australian Labor Party. The only question is can we stand the stench of its decay in the mean time?