Home » AGW and climate change » The redundancy of Tim Flannery

The redundancy of Tim Flannery

Tim Flannery has had a really good session with his nose in the money trough under the patronage of the Labor Government but of course he should be unsurprised that when his patron falls that he will be cut off from the largesses that he has enjoyed over the last few years. 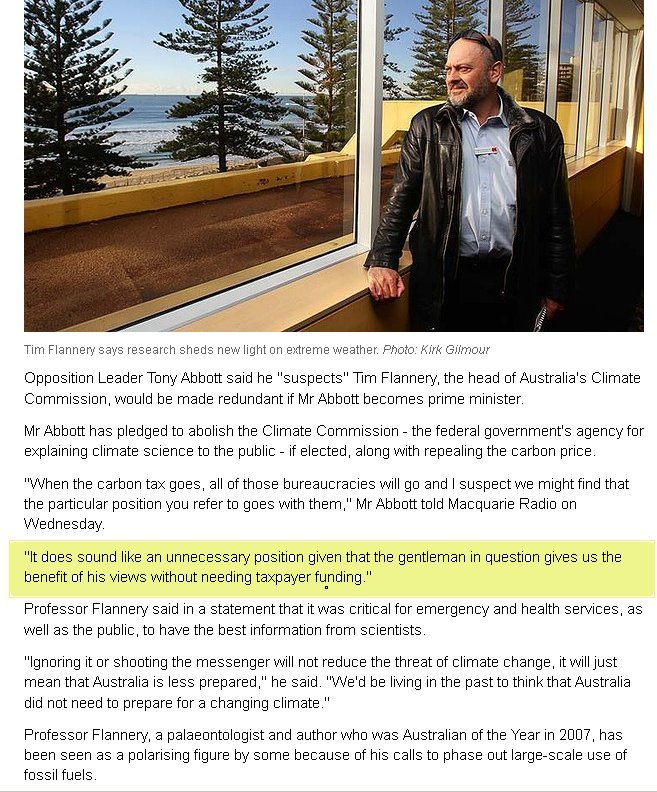 What amazes me is that under a Labor government we have seen the creation of such a useless department as the one devoted to climate change, worse still that they have been paying Flannery so much money to sprout the same nonsense that the waterfront home-owner has so hypercritically been yelling from the roof tops for free.

Sadly I expect that making Flannery redundant will  probably entail a substantial severance package. Even so the nation will be better off on the day that he has to front up to centerlink ….

The relief felt is amazing