Home » AGW and climate change » Rain on the mountain

Rain on the mountain

A week ago I was worried about the possibility of  bushfire and now everything is soaked here after a couple of days of steady rain, but hey, I like the rain it makes things grow and growth is good , right?

If there is one thing that you can say about this country it is the place never lacks surprises when it comes to the weather of course there is a downside to the rain and the subsequent growth it brings and that is the need to mow which is the curse visited  upon all home owners . I used to love mowing but nowadays its just something that has to be done. Now if only I get lucky and get a good day weather wise to coincide  with one of my all too infrequent good days back wise all will be sweetness, light and garden bliss. 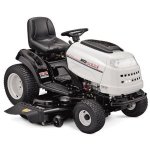 By Iain Hall in AGW and climate change, Domestic life, Living with Nature on January 26, 2013.
← The privilege of being an Australian Robert McClelland ready to swim for it. →