I’ve reproduced this post that I’ve written @ Alpine Opinion over here because I think it might provide a bit of balance @ Chez Hall. Cheers & Merry Xmas to the Liberal Party schemers – Ray Dixon 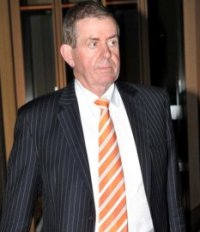 ” … the predominant purpose for bringing these proceedings was to pursue a political attack against Mr Slipper.”

With those words the Federal Court has today thrown out the sexual harassment case against former Speaker (and Liberal Party defector) Peter Slipper.

Even though Slipper is obviously a bit of sleaze who ‘talks dirty’ (and rubbish), thankfully the court has seen right through the clear political conspiracy behind the case that was brought by his staffer James Ashby after colluding with the likes of Julie Bishop, Christopher Pyne, Joe Hockey, Mal Brough and possibly even Tony Abbott himself.

The whole case was clearly a set up designed to bring down the Gillard government after Slipper defected and accepted the role of Speaker thereby increasing the government’s majority in the House of Representatives.

I guess what will happen now is that Peter Slipper will return to the House and sit on the cross benches as an independent. Bad luck Tony Abbott et al – maybe you should try developing policies instead of hatching up dirty schemes to win office?