Home » Blogging » Talking the talk is all that Labor has, because we can’t afford to walk the walk even if the destination was any good

Talking the talk is all that Labor has, because we can’t afford to walk the walk even if the destination was any good 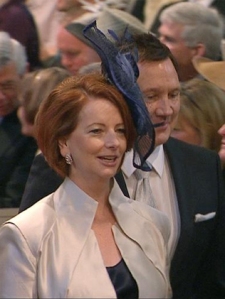 Over the last couple of days I’ve been listening to and watching the usual media suspects in conga line (of suckholes?) mode praising the intentions of the Gillard government’s white paper. there has been a plethora of vested interests saying that we should expend a great deal of time and treasure teaching our children to speak an Asian language. Frankly  I am less than excited about this idea for a couple of reasons.

Firstly we are fortunate enough to live in a country that speaks what is effectively the global language, ENGLISH, and as such it gives our players on the international stage an advantage if we have maximum competency in our own tongue rather than  some rudimentary grasp of just one of the many Asian languages.

Secondly I think that Gillard and Labor are kidding themselves if they think that teaching a few individuals the rudiments of another language will make them players in the rising economies of Asia. All of these economies have more than enough of their own “players” who will be miles ahead of any wannabe Aussies even if those Aussies have some understanding of the language there. In any event if we do want to get involved in one of the rising Asian countries then the natural choice should be India rather than China for the very simple reason that there ENGLISH is the lingua franca  of that nation and it like us draws upon a British legal system, its also a democracy rather than the totalitarian regime that rules China  so ethically we can be more comfortable as well.

Finally like a lot of Labor’s most recent brain farts there is no money to pay for this grand scheme. Its plucked from the air, intended to shift the public discourse away from Labor’s  many manifest policy failures. So instead of getting caught up with the logistical issues of making this brain fart smell less like hydrogen sulphide and more like roses lets save time and consider can we afford to do any of this? Sadly due to Labor economic policy  mismanagement  we just won’t be able to do it anyway even if it were actually a good idea, which it isn’t.