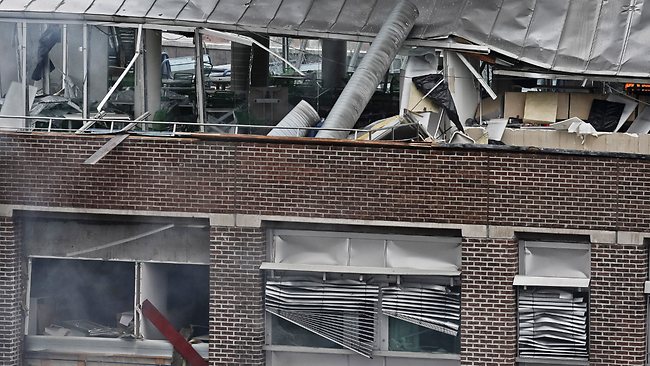 A BOMBING and a separate shooting in Oslo, which appear to have targeted Norway's prime minister and have left at least 11 people dead, are believed to be linked, police say. Police say seven people have been confirmed dead following a bomb blast outside prime minister Jens Stoltenberg's office in Oslo. Acting Police Chief Sveinung Sponheim told broadcaster NRK that investigators suspect today's bombing was linked to a shooting spree that killed four people at the Labor Party's youth camp later in the day by a gunman in a police uniform. The bomb left seven people dead and another 15 injured, two seriously, police said. Acting Police Chief Sponheim said: "We can confirm that we have seven dead and two have been seriously injured (in the bombing).'' On the outskirts of the city, four people were killed in the shooting.

Tragically the death-toll  is substantially higher than it was when I first posted this post in the pre dawn hours this morning:

TWIN shooting and bomb attacks left at least 87 dead as a Norwegian gunman disguised as a policeman opened fire at a youth camp and a bomb blast tore through government buildings in downtown Oslo.

“We have confirmation that at least 80 people are dead. We do not exclude a higher toll,” police spokesman Are Frykholm told AFP, speaking of the shooting spree a summer school meeting of Prime Minister Jens Stoltenberg’s ruling Labour Party on Utoeya, an island outside the capital.

Police had earlier confirmed that seven people were killed as a powerful bomb ripped through central Oslo — where the prime minister’s office and several government buildings are located — and nine were critically injured.

A 32-year-old Norwegian was arrested after the shooting spree. According to the TV2 channel, he has links to right-wing extremists and possessed two weapons registered in his name.

Not at all cheerful about this Comrades