Howard haters remind us of ex-PM’s integrity and rationality 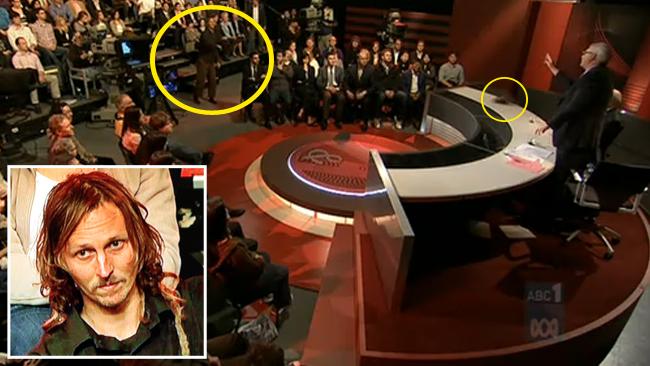 The angry leftist's throwing of his own shoes at the calm and well-mannered former PM left few in doubt that reason was on Howard's side.

It was good to see John Howard last night on Q&A, in spite of the controversies which Iain and Sockpuppet have mentioned, because it was powerful reminder of how logical and consistent the man who was our Prime Minister only three years ago was and is.

Unsurprisingly, Howard has not wavered in any of his beliefs. Throughout the session, he was defending his position on controversial issues such as asylum seekers, the Iraq War, Children Overboard and the leadership dispute with Peter Costello. The steadfastness of his beliefs was a refreshing contrast to the numerous inconsistencies of the views of Rudd, Gillard, Abbott et al, particularly on the issue of climate change.

The leftist who threw his shoes at Howard did himself and everyone else a huge disservice. After asking Howard a hostile question on Iraq and then interjecting when Howard gave his reply, the young man confirmed that he could not match Howard in rational debate by resorting to throwing his Doc Martens at the former PM. It may be that the young leftist comes to the realisation in a few years that Howard has a fairly good Prime Minister, and may regret making such a fool of himself on national TV.

David Hicks (who has recently published his own book) made a surprise appearance to ask Howard about whether his incarceration without charge and whether he was treated humanely. Howard immediately pointed out that it was great that Hicks had the opportunity to ask such questions in public, in sharp contrast to the regime that Hicks supported in Afghanistan. Howard then went on to talk about how Hicks was fighting for a foreign enemy, and had therefore betrayed his country, as well as the important fact that Hicks pleaded guilty to materially supporting terrorism.

On the apology, Howard repeated his opposition to saying sorry on the grounds that to say sorry is to accept responsibility for some occurrence, when Howard was never personally responsible for the Stolen Generations. The former PM also emphasised the importance of ‘practical reconciliation’ in truly assisting Australia’s original inhabitants.

A question about Children Overboard didn’t faze the ex-PM, who pointed out that he was advised that there were children overboard, and it was the advice that was later proven wrong. On Iraq, Howard pointed out that the intelligence at the time suggested Saddam did have WMDs and argued that in any event, the importance of the US alliance and the evilness of the regime there meant that Australia’s participation was correct.

Howard also emphasised the economic achievements of his government, although he also gave Labor credit for its achievements during the Hawke/Keating years. He repeated his view that Kevin Rudd would have won the recent federal election and stated that whilst Rudd was a disappointing PM, it was too early to judge Julia Gillard’s performance.

In short, it was the return of the Howard of old. A politician who was forthright and unwavering in his beliefs and who was able to explain his position logically and with great clarity. A man whose views are reasonable and fair, and whose manners are modest, in sharp contrast to the angry leftists who loudly hated him throughout his Prime Ministership, and judging by last night’s session, still harbour an intense dislike of the man who advocated and introduced conservative policies throughout his political career. In short, it was a reminder that Howard was and is in a different league to the politicians who have succeeded him in Parliament.