I have been and remain a big fan of Top Gear, but of late my watching of the show has declined in the first instance its move to Channel nine has made watching the show rather painful as it now has so many ads that I just can’t stand it, the fact that they endlessly repeat the same old episodes does not help either. However all of the palaver about the Stig being revealed to be Ben Collins and the report that he has been sacked from the show while not unexpected but the reactions by  Clarkson and May has lowered them in my estimation. 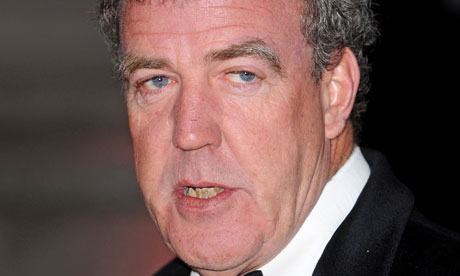 Clarkson said he felt “a bit hurt really”. “It was such a shock. It was horrible actually because I liked him and he came round to my house and had drinks and all that time he was writing a book,” he added, in a video interview published online today by Oxfordshire-based community news service WitneyTV.

“He’s just decided he’d rather be … put it this way he’s history as far as we are concerned. He’s sacked,” said Clarkson, who was interviewed at a charity auction at Chipping Norton Lido.

“I’ve spent the last three weeks doing nothing but trying work out what out what an earth to do instead. You may remember a film called Wall Street in which Gordon Gekko said greed was good and greed works. It doesn’t, if you’re watching this children, greed is bad,” he added.

The show has worked because the presenters Clarkson, May and Hammond have developed a ladish Everyman persona that makes each of the petrol head fans who love cars think that they too could be behind the wheel of the cars that are tested on the show. But there is no doubt that the Stig was the one with real cred when it came to driving fast cars with skill and precision but that fact was clearly not recognised properly as the show began to make Mega bucks for the BBC, especially in the marketing as I noticed in the number of “Stig” themed gifts in the shops for fathers day. It must have been eternally galling for Collins to see so much exploitation of the Stig character rise exponentially but not see a commensurate rise in payment form the BBC. 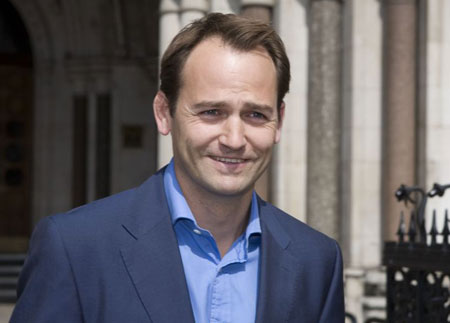 Ben Collins AKA the Stig

But what has disappointed me most is the rancour from Clarkson and May they are behaving as if the Stig is just some uppity serf who is trying to rise above his station by demanding what amounts to due and fair recognition that he is more than just a white suit and with a dark visored helmet. This is just the most petty sort of snobbery as far as I am concerned and after seven years I think that the mature thing to do would have been to admit that the conceit that the the Stig is other an other worldly superman is now an old joke an openly welcome Colllins to the team as himself and the show would be better and stronger for it.

However from the way that I expect things to go is that they will probably try to reincarnate the “Stig” with some other “tame racing driver” in the suit this time I don’t think that the public will allow the conceit to last seven years. This time I think that there are enough people like me who think that the person behind the visor deserves full and adequate recognition that the secret will not be kept for very long at all.
And then there is the fact that Ben Collins may well be offered a spot on a rival program like Fifth Gear or even his own show I know that Collins was the holder of the real Gravitas of the Top Gear concept and without him its just three middle aged hooligans being paid to show off in the cars that we all dream of driving giving a bit of flash chat doing regular stand up routines about cars.
We Love it but we also love seeing driving done very well indeed by some one who really knows how to take a car around a track on the perfect line. When the petrol fumes have melted away every petrol head  dreams of being the Stig (just a little) so If the BBC does decide to hang Collins out to dry for daring to formally out himself then we should be inspired by the slaves who  refused to give up Spartacus to the Romans and declare that we are with the Stig  by proclaiming that we are all Stigtacus and demanding that The BBC accept that the man behind the mask should not be crucified for his defiance.

You know that it is the right thing to do! 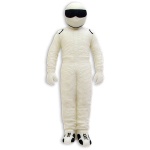