Home » Australian Politics » ‘PM, you know this information didn’t come from the Liberals. You’ll need to look a lot closer to home.”

‘PM, you know this information didn’t come from the Liberals. You’ll need to look a lot closer to home.” 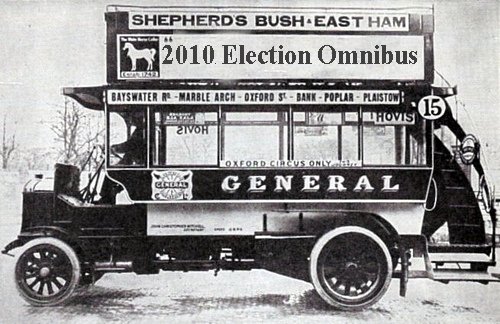 I was feeling a bit flat yesterday which is why I was rather absent from the comment threads for most of the day, But this little story is one that looks like it will keep giving as it is revealed that Julia Gillard is some what less than caring about the plight of our pensioners and (surprise surprise!) rather indifferent to those women who do the right thing for the country and make the next generation of Aussies.

She allegedly argued that it was wrong to think the scheme, due to start on January 1, would be an electoral winner because it would be resented by people beyond child-bearing age and stay-at-home mothers.

It is also claimed she questioned the size of last year’s $14 billion age pension boost – which delivered an extra $30 a week in the single base rate – commenting that the elderly didn’t vote Labor.

Ms Gillard did not deny the claims last night. ”I was very pleased to be a member of the Labor team that delivered these two historic achievements. Pensioners and families deserve more support, and this government has given them that support,” she said. ”Cabinet discussions are confidential.”

The claim that she opposed paid parental leave in cabinet emerged just two days after she used Sunday’s televised leaders’ debate to talk up the government’s scheme, which will offer primary carers 18 weeks’ paid leave at the minimum wage of about $570 a week.

Her allegedly negative stance on the pension boost was also at odds with her positive reference to it during the leaders’ debate, which elicited a positive movement in the ”worm” meter that tracked TV studio audience responses. ”We did a major increase in the pension to help older Australians,” she said.

Cabinet sources could not recall that Ms Gillard had made the reported comments on parental leave and pensions in cabinet. But the key decisions were often taken in the ”kitchen cabinet” of Kevin Rudd, Treasurer Wayne Swan, Finance Minister Lindsay Tanner and Ms Gillard.

Oakes, who was also the recipient of the leak about an alleged leadership deal on the night before Ms Gillard deposed Mr Rudd, identified his source last night as Labor.

When Ms Gillard responded that if the Liberals had allegations to make, they should put their names to them, Oakes said: ”PM, you know this information didn’t come from the Liberals. You’ll need to look a lot closer to home.”

I must admit that I just love the fact that even though he is dead to the Labor party that Brother Number One or one of his supporters is doing their darnedest to ensure that the woman who struck the killing blow will be reminded of the unwashable blood that is on her assassin’s hands. I bet that Gillard wishes that she could bug Laurie Oakes’ Phone and email accounts so that she could find out just who his source is.
It is no surprise though that Gillard would argue against maternity leave though and like a lot of socialists she actually does not care about pensioners, preferring to spend the money that the rise in their stipends costs on schemes for which she could have her name put to like building that shiney new school hall project… Hmm if only so many of the “Labor mates” had not had their noses so deeply in the trough of government largess then she would not have to contend with stories like this one in today’s OZ:

In Victoria, BER projects were run by the state Education Department for greater efficiency.

School principals and parent councils were not given financial details of projects or control over construction.

However, a major building company hired to carry out works on 33 schools told the inquiry that construction costs were inflated and the building permit fees were “considerably higher than we normally pay”.

BDH Constructions managing director Henry Bongers said: “The designs of most of the templates would be some of the most expensive we have been involved with on a square-metre basis mainly due to the shapes and structural design.”

He also said that building permits took too long and, as a result, many sites that had been set up and fenced “lay dormant” for up to four months.

“I believe that with better planning and more consultation with building industry representatives, the whole process would have been more organised, streamlined and had much better value for money,” Mr Bongers wrote in his submission.

Another builder, Vaughan Constructions, described as “rorting” the practice of bundling individual projects into a single, large contract to enable workers to be paid an additional hourly site allowance.

Vaughan Constructions general manager Andrew Noble said the practice, which was endorsed earlier this year by the Victorian Building Industry Disputes Panel, “has major consequences to the cost of the BER program”.

Horsham Rural City Council raised doubts about the limited use of local builders in the BER process and “the minimal economic benefits” to the local economy.

“This appears to be very evident in Horsham and Wimmera, a region which has been impacted by the long-term drought and, more recently, the Black Saturday bushfires,” said Tony Bawden, economic development general manager. “To our knowledge, the bulk of tenders let in our region have been to builders from outside the region.”

The Masters Builders Association of Victoria also expressed concerns about the cost of building permits, which it says blew out to four times greater than normal in Western Victoria.

Several schools complained about not getting value for money or being disadvantaged by being a government school and having the Victorian department run the BER program. Bannockburn Primary School council president Les Rowe wrote in his school’s submission: “Our building is to be the same size as a school portable yet is costed at least three times this amount.”

Fish Creek and District Primary School principal Robin Smith told the inquiry he did “not believe the timeliness, the transparency, or the final product delivers best value to our community”.

Mr Diment, whose Ocean Grove Primary School falls in Labor’s marginally held seat of Corangamite, said he still did not know when his school’s BER project was going to be completed.

The final layer of this rather putrid cake is the revelation that the rail line to Redcliffe just won’t happen unless the  Bligh government can find the necessary 300 million to provide the rolling stock and other necessities to actually make the trains run. Now this is a very big ask for the woman who leads a government which has been mad keen to sell off the most profitable parts of the rail net work( the Coal trains) and other infrastructure assets so that she can balance her budget the reality is that the often promised Redcliffe rail line will be a huge impost of the Queensland budget and there is every chance that despite these promises the only trains that will run in Redcliffe any time soon will be those built by the local model railway  club.

I am watching Gillard’s news conference about the Leak to Laurie and she looks rather rattled the tone of her voice is very clearly angry. This is a rather clear difference to the more measured and spin stained efforts earlier in this campaign. For the first time she is being asked the hard questions and its very clear that she doesn’t like it one bit !