The Archibald – I criteak the finalists and give you the winnar

Whilst we are on the subject of “art” (NOT as defined by Melbourne Lord Mayor Robert ‘I think stacking bricks is art’ Doyle), let’s take a look at the 34 finalists of the infarmous Archibald prize for portrayts. Now I have narrowed it down a bit and come up with a shore fire winner. Here we go:

No. Danny Green is not ‘the man’. Where is Mundine?

I do not know who Paul Newton is so let this be a lesson to all wannabe Archibald entrants: If you are going to do a self portrayt then (1) Make sure you are important enough first. (2) Do not do it after a night on the drugs.

And I do not know who Geoff Ostling is either – and I do not want to know about his tattooed arse. 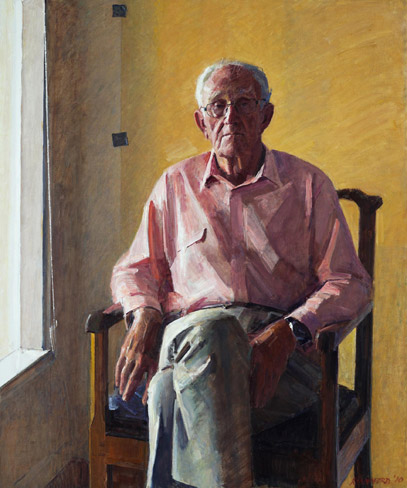 But I know who is this and it’s pretty good. But Malcolm Fraser is not exactly a man-of-the-moment. 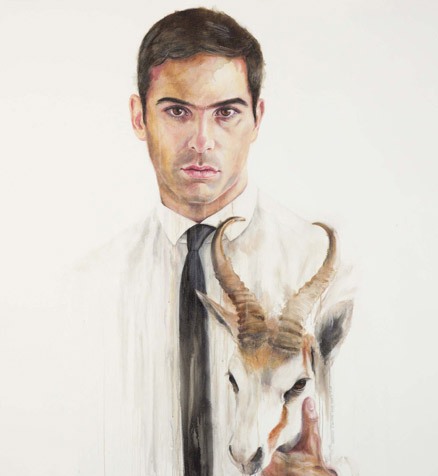 I think that Portraytts of ‘Damien the Omen’ should be banned.

And so should portrayts of First Fleet convicts. 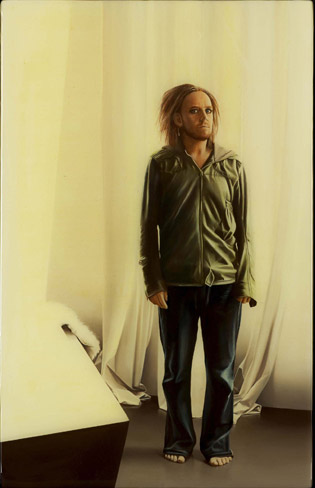 Is he one of the ‘Scared weird little guys’?

Oh, another self-portraytt by another unknown artist (and it is rather plain don’t you think?). I prefurred the guy on drugs.

I did not think they allowed photos in the Archibald, but I guess they make exceptions for very rootable chicks like Kate Ceberano, even though she’s in the cougar category now.

Who the hell is Andrew Upton and why pick an ugly guy as your subject?

It looks like the artist tried to do a Van Gough style portriat of Bob Dylan – and failed.

A drunk Max Walker does not make a great subject. Nor would a sober one.

And the winner is: 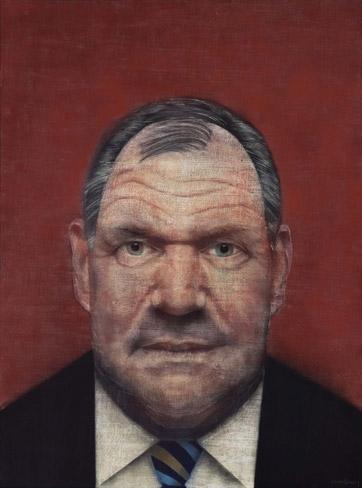 If this portrait of our Lord Mayor of Melbourne, Robert ‘I love lesbian “artist” chicks stacking bricks’ Doyle, does not win the first prize then I will personally stack bricks not 1.5 metres high, but 2.5 metres high, in Federation Square and Birrung Marr (wherever the f*ck that is) for NO COST AT ALL – and in the nude – and without sun screen ……… In a word!

Tags: Art, aussies can't paint, doylie, kate is still rootable, that ain't a painting that's a photo, the archibald prize, van gough would spew over this, we should just stick to sport

By SockPuppet in Guest post on March 17, 2010.
← In honour of Saint Patrick I have an Irish joke for you all today: Due process and abortion →